Remote collaboration became key to staying connected for just about everyone during the pandemic. For many members of the West Grove Fire Company in West Grove, Pennsylvania, Zoom was the safest, most convenient means of attending town hall style general membership meetings held at the community fire station.

You’d think the absence of traditional face-to-face engagement would cripple turnout, but just the opposite occurred. “We saw a huge uptick in participation,” said volunteer firefighter Christopher Reagoso. “We went from 30 people joining monthly meetings in-person pre-COVID to consistently 50 or 60 when we added the option during COVID to attend via Zoom using PCs for the meeting.”

It was all the proof the fire and ambulance company needed to continue with the hybrid approach, but they quickly realized as attendance skyrocketed that they had outgrown the AV capabilities of a single PC running Zoom.

“People on both ends were missing important parts of the agenda items, not getting the full gist of the discussions,” Reagoso continued. “We wanted to maintain the momentum of our budding attendance and felt that the addition of a better video conferencing system was the best way to keep everyone actively engaged.” 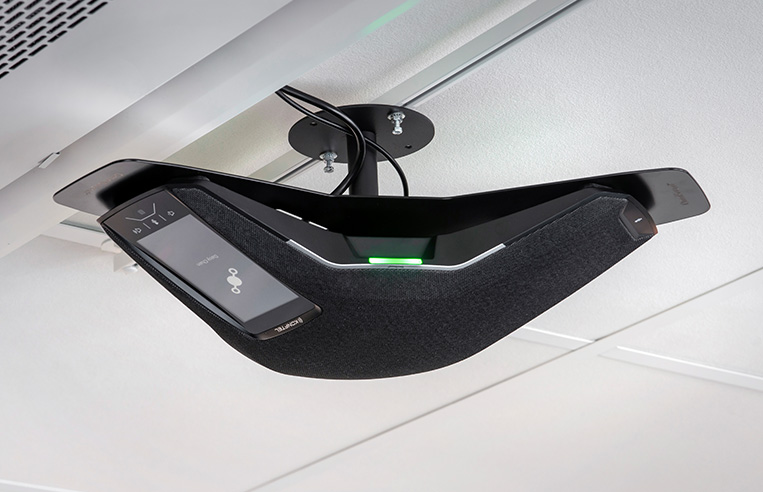 In addition to supporting broader AV coverage, the new video conferencing system would need to meet the budget of the volunteer department and integrate easily and discreetly into the space. Zoom would continue to serve as the group’s collaboration platform, so system compatibility with the cloud-based collaboration tool was a bonus. Checking off all the boxes was a turnkey video conferencing system, the Konftel C50800 Hybrid.

“Other options were simply too complicated or too expensive,” said Reagoso, who in addition to volunteering time to the fire department, is president of the A. F. Daniel Techology Group, an IT and phone system installation firm that has integrated telephone systems and video conferencing systems into hundreds of businesses.

Although the Konftel brand was new to him, he is thankful he turned to them for the town hall’s video conferencing needs. “Konftel came highly recommended from our main AV distributor, and after doing our own research, we were confident that we could have the system up and running quickly and achieve the level of performance the fire station meetings now needed. The fact that we could obtain all the components of a complete system from a single vendor was another plus.”

What arrived in a few days was a complete turnkey system: all the cameras, microphones, and software pre-engineered and configured to interoperate seamlessly and as one, self-contained unit. 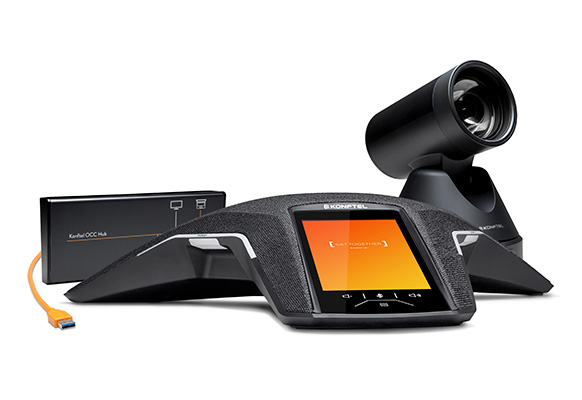 Delivering outstanding image and audio quality, the Konftel C50800 Hybrid combines the Konftel Cam50 PTZ conference camera and the Konftel 800 conference phone with the Konftel OCC Hub for One Cable Connection. A single USB cable enables users to their computers. Hybrid conferencing allows them to easily combine meeting apps and regular phone calls, so they can sit back with confidence and focus on the meeting. “Everything was ready to go out of the box,” Reagoso confirmed.

Reagoso and his team mounted the Konftel 800 conference unit to the ceiling to keep the conference table clear and tested the audio and video clarity both onsite and offsite. Echo and feedback were non-existent with minimal adjustments, even when connecting via Bluetooth—an installation advantage that Reagoso said he and his team rarely experience with other systems. Added to the kit was a handheld remote that enables meeting hosts to aim the integrated video camera at the podium, the audience, or anywhere else in the room.

Meanwhile, the integrated microphone “picks up everything, even the slightest whisper from the back of the room,” Reagoso said.

Today, the system is working so well, that the only remaining task is briefing meeting attendees about the system’s acute hearing. “They can’t mask their side comments from the back row anymore,” Reagoso joked. “This system picks up everything!” 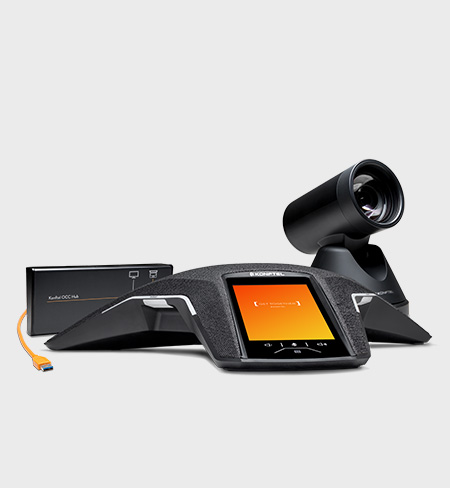