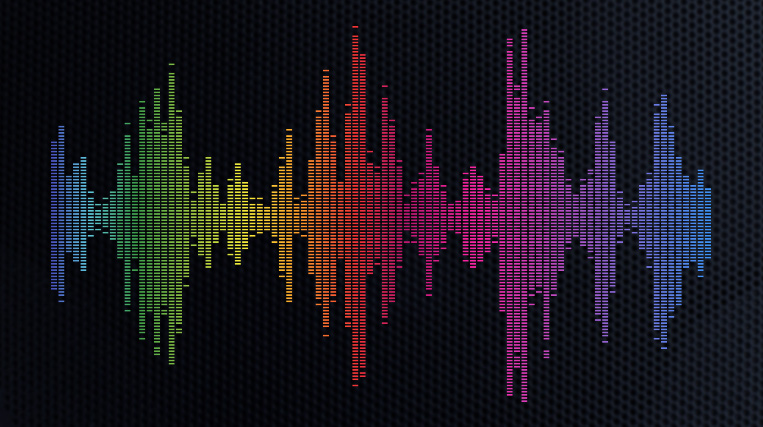 Is book printing and even the written word a mere interruption in history? Are we seeing a sound revolution in offices and are we ready for it? We put our ear to the ground and listen out for the office of the future.

Researchers today are talking about the Gutenberg Parenthesis, by which they mean that the written and printed word is just a brief interruption in the history of human communication. You can read more on this topic in this excellent Niemanlab article. One contributory factor is the way the major social media platforms, the likes of Facebook, Instagram and Snapchat, give such low priority to the written word. They want us to watch films or at least look at photos.

And long before Gutenberg invented the printing press, we all used to sit around the fire and tell our stories by talking to each other. Are we soon going to return to an age when we only share pictures and sound, rather than written text? Is the written word confined to parenthesis, bracketed off as a brief blip in history?

The smart speaker is here to stay

Another development that is having a negative impact on the written word is the speed with which smart speakers such as Google Home and Amazon Echo are becoming part of the living room furniture. These are basically constantly connected computers that you control with your voice instead of a keyboard. In a survey conducted by Edison Research in the USA in conjunction with US public service radio station NRP, 42 percent of those who have bought a smart speaker state that it has become an important part of their everyday life. Read more about the report here.

So what about the office?

Might the office be the next place where sound plays a bigger role? Here at Konftel we are already seeing a third wave of sound. A wave that places the conference telephone front and center once more. We have recently gained a host of platforms that simplify written internal communication, including Slack, Trello and Facebook for Work. But everyone who has ever chatted, updated a noticeboard or read a long report from a meeting knows that the human voice is a fantastic way to sum things up and collaborate effectively. How many times have you just decided to have a quick telephone meeting instead of trying to read and guess your way to the solution? 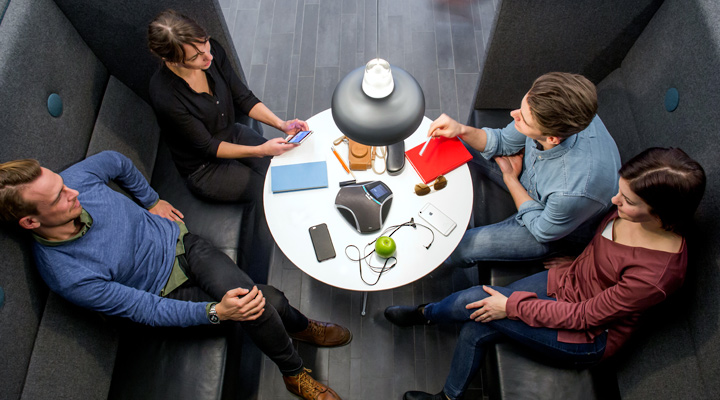 The sound revolution is reaching the office

With a major sound revolution reaching offices around the globe, you no longer have to choose between poor sound or big, ugly machines that cost a fortune. Now there is everything from a personal unit that you keep on your desk to smart hybrid phones for large conference rooms – all with superb sound as a given. It is time to start taking the phrase Nice to hear from you literally.

A new wave of sound is coming. Are you and your office ready?

Siguiente Blog Hybrid phones for every kind of personality