Hi, John-Erik Eriksson, you know, Dr Sound here. It's time for another post from the exiting world of sound and acoustics and this time I'm taking you on a tour through the concept of sound levels.

It's easy to think in simple terms about volume – turn it up to hear better… or turn it down to make it more quiet… But it's all a balancing act where it's important to consider how the sound will actually be perceived to the human ear at different sound levels.

With conference calls, we want even sound levels, and a broad frequency range. After all, the basic idea with teleconferencing is to simulate face-to-face meetings. So we try to create the feeling of being in the same room, just in front of the person we're talking to. 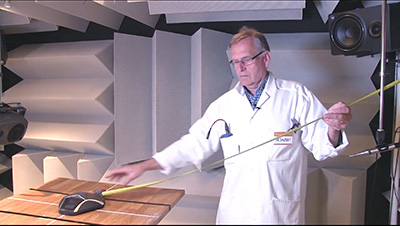 
During conference calls, we naturally don't want to be hunched over the phone. Traditional speaker phones, were designed for a distance of 50 centimeters between the user and the device. Nowadays, teleconferences are held in large rooms as well and this means longer distances between users and devices. This is why the reference distance has been increased from half a meter to one and a half.

Since it's equally important to hear as well as we did before, the volume must be doubled. In other words, we have to increase it by 10 decibels why it's important that the conference phone at the receiving end has the power to handle this. 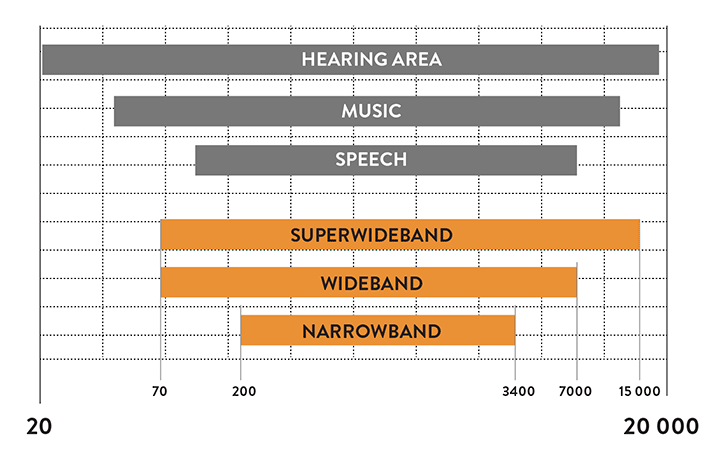