Reverb and decay are all terms used to describe a gradual decrease in sound. It is measured in the unit RT 60, which is the time in seconds it takes for an impulse sound to decrease by 60 decibel. Most of the sound picked up by a conference telephone microphone, comes directly from the speaker's mouth. But the microphone will also pick up sounds of the speaker's voice that has bounced around in the room. This bouncing is what causes the reverb. 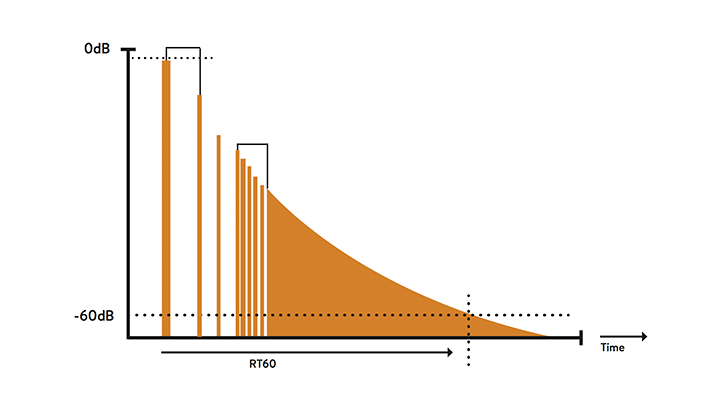 This bouncing of sounds is really what gives a room its character and it varies depending on the size of the room, the wall, floor and ceiling materials as well as the temperature. The shape of a room also has an effect. Sound in a long hallway is perceived quite differently than sound in for example a smaller conference room. When recording music or video, reverb can be used as an effect to create a fuller sound or to simulate a specific ambiance like a large church or a smaller room. Too much reverb can interfere with the direct sound and mask it. In a teleconference for example, too much reverb can decrease the clarity of the sound , making it harder to hear what is being said. This can be avoided either by dampening or improving the acoustics in a conference room. Or just by sitting closer to the microphone, so that direct sound isn't masked by reverb.