Why you need video in your meeting rooms

Companies all over the world are discovering the benefits of cloud-based video collaboration tools. You can save time and money, while also holding more effective meetings. The question is what the Bring Your Own Meeting trend means for your organization and the equipment in your meeting rooms?

The video conference has really come down from its lofty pedestal, where it sat for many years, being slightly misunderstood and neglected. Video is becoming a natural and uncomplicated part of distance meetings in every format imaginable. There are many interacting forces behind this shift and we will be taking a closer look at some of the most important ones here.

When market analysts Frost & Sullivan conducted a survey of how end users around the globe view workplace communications and collaboration*, it clearly revealed the benefits of online video collaboration tools. 88 percent of the respondents stated that web conferencing cuts costs and travel time, while 84 percent assert that it makes meetings more effective.

Another key advantage is that online conferences make things easier when employees are spread across different locations, according to 86 percent of respondents. The IT managers who took part in the survey expressed similar views about the benefits of team collaboration tools and UC clients.

The picture remains the same when the question is narrowed to the benefits of huddle room video conferencing. The meetings are shorter, more effective and save money, say more than 80 percent of those polled. 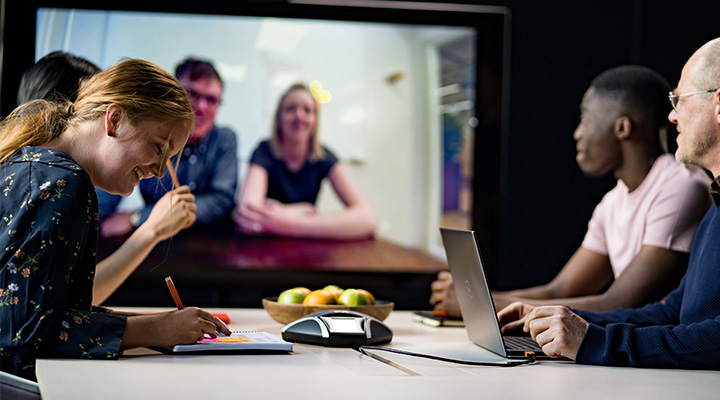 Another survey** by Frost & Sullivan, focusing specifically on those video conferences in huddle rooms, points out that users want a more engaging way of communicating. The ability to see each other and interact through body language in video brings added value. Collaboration flows better if we can also establish visual contact.

It is in fact already taken for granted by today’s workers, not least the millennial generation, that you can add a video function to your conversations. That’s how the cloud services we use in our private lives work. And now the same is true in the world of work, with video collaboration tools such as Skype for Business, Webex and Zoom having gained a strong foothold in companies and organizations. The Frost & Sullivan survey of end users* indicates that 65 percent of them currently use Microsoft Skype for Business for video conferencing. Another 23 percent plan to begin using it within the next two years. 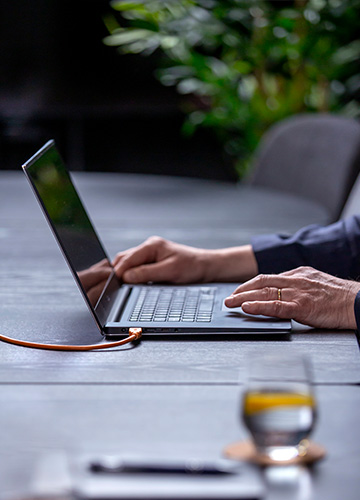 Against this background, it is easy to understand the trend for Bring Your Own Meeting (BYOM). It is completely natural these days to want to use your laptop for the apps and collaborative tools you prefer or have been provided with by the IT department. It’s your conferencing tool when you’re sitting on your own and when you join colleagues to link up for a video conference.

This behavior places certain requirements on the equipment that is in place to complement your laptop in the meeting room. More on that later, but first a quick look at how our office landscape is changing.

A key concept when offices are being built or reorganized is activity-based working. Essentially, this means offering employees a range of different environments at the office, tailored to different needs. The starting point is an open plan solution where you don’t have your own room or own workstation, instead sharing desk space and keeping your things in a locker.

Accompanying this, there is a need for meeting rooms and open meeting spaces of different kinds and sizes. It is here that the small meeting rooms known as huddle rooms have proven to play an incredibly important role in enabling both temporary teams and more long-standing project groups to be able to collaborate effectively.

According to Frost & Sullivan, there were 32.4 million huddle rooms across the world in 2017, only 2 percent of which were equipped for video conferencing. But that picture is changing rapidly. The market analysts estimate that a majority of all video conferencing in meeting rooms will be held specifically in huddle rooms within a few years.

You might think that the cloud-based video collaboration tools run on equipment installed in the meeting room, but here we are focusing on the dominant preference to Bring Your Own Meeting, as described above. When the user brings the meeting with them on their laptop, certain components need to be in place in the room: a screen, a USB video conferencing camera and a unit for quality audio. Frost & Sullivan found that many organizations make do with a DIY model and separate components for video in huddle rooms.

Focus on simplicity,
ease of use and affordability

But that won’t do if you want to create a good user experience. When the analysts list key factors for video collaboration in huddle rooms, top of the list is robust audio, followed by engaging video conferencing (good image quality) and equipment that supports BYOD, Bring Your Own Device. According to the report**, the selection criteria should focus on “simplicity, ease of use and affordability”.

True for all room sizes

These are exactly the properties and criteria that guided us here at Konftel, as we developed our packages for video collaboration – the Konftel Collaboration solutions. Take, for example, our One Cable Connection (Konftel OCC Hub) solution, which means that all users have to do is insert a USB cable into their computer to connect to the conferencing camera, speakerphone and screen. This is one way to ensure simplicity. Superb audio quality is in Konftel’s DNA, as exemplified in our OmniSound technology. The same high standards also apply to the image quality delivered by our USB conferencing cameras. 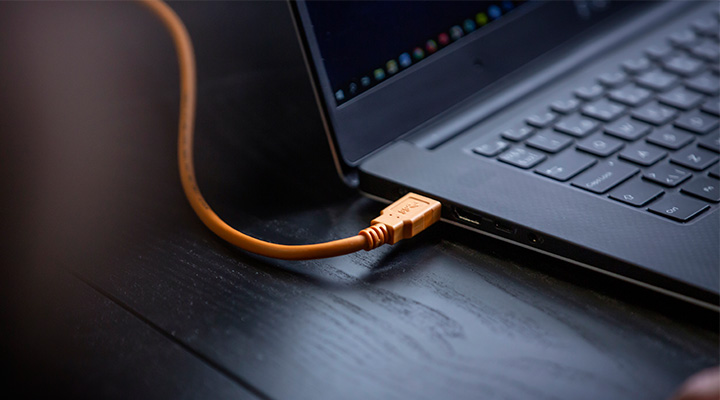 With Konftel One Cable Connetion Hub, all the users have to do is insert a USB cable into their computer to connect to the conferencing camera, speakerphone and screen.

The absolute strength of combining BYOM with tried and tested package solutions for the hardware is that the system is scalable all the way from small huddle rooms to medium-sized meeting rooms and large conference rooms. The concept is the same – the only difference is that the properties of the cameras and audio units are matched to the different physical conditions.